GENERAL INFORMATION: All participants will sign up via Eventbrite (using the button to the right).  A link to the meeting will be emailed to all participants approximately 30 minutes prior to the meeting start time.  Registration for this meeting will close at 5:30pm on January 20th.  This month’s meeting is free; however, donations are appreciated and can be given via Eventbrite during sign-up or via PayPal to scgs.mgmt@gmail.com. For those who have not used Zoom, it is free to sign up and you do not need a paid account to attend the meeting.  We suggest logging in at least 10-15 minutes early if this is your first time using Zoom or you have not recently updated your Zoom account.  SCGS officers will be standing by to assist as best we can. If you have any issues, please email us at scgs.mgmt@gmail.com.

Please note, the meeting may be recorded for future use. 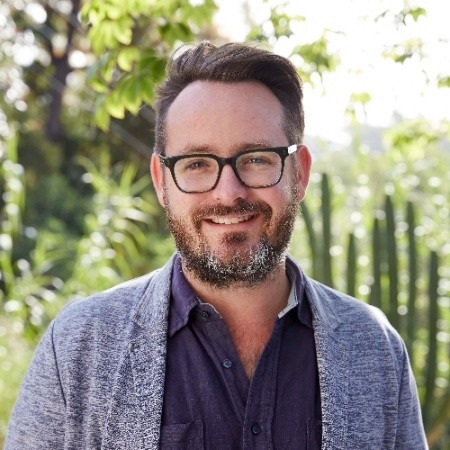 Speaker Bio: W. Paul Burgess is an Engineering Geologist in the California Geological Survey’s Regional Geologic and Landslide Mapping Program, where he arrived in October 2018. Prior to joining the CGS, Burgess worked in the geotechnical engineering world in Los Angeles. He earned a MS in Geology from the University of California, Los Angeles focused on studying active faulting and tectonic geomorphology in the northeastern Indian Himalayan foothills. Prior to his time at UCLA, he earned his BS in Geology at the University of Houston in Texas, where he first became fascinated in geology after participating in geologic expeditions traversing the far northwestern Nepal Himalaya. Since coming aboard the CGS, Burgess has been especially grateful to steadily grow his knowledge of mapping landslide geomorphology and processes. In his spare time he enjoys riding his bicycle.

Abstract: In early April 2020, a large regional storm-induced landslide event affected multiple communities in northern San Diego County. In particular, early on the evening of Friday April 10, a large debris flow impacted a beloved local tennis club, residential community, assisted-living facility, and charter school in Encinitas and caused upwards of $1 million in damage. In late April, Burgess traveled to the impacted area and made field observations. UAS-based imagery was obtained from the tennis club, and subsequent work with Alex Morelan (Engineering Geologist, CGS) was essential for performing change detection and slide volume calculations within the inundation zone of the debris flow. Approximately 2,500 cubic meters of debris traveled approximately one kilometer from its source; luckily the bulk of the debris (approximately 2,000 cubic meters) was contained by tennis court fencing, which saved the downstream area from more significant damage. The importance of characterizing the debris flow and other landslides as completely as possible led to the additional gathering of meteorological data for the storm event. Stefani Lukashov (Engineering Geologist, CGS) provided analysis of available regional and local precipitation data for the storm event, which successfully documented triggering rainfall conditions responsible for the landslide and debris flow activity. In all, more than 40 separate landslide events, including the debris flow, occurred within an approximate 48-hour period of time during and immediately following the largest recorded rainfall on record in northern San Diego County. The cataloging of these landslide events has added a robust collection of new data to the CGS Recent Landslides database, demonstrating the utility of this innovative data product.